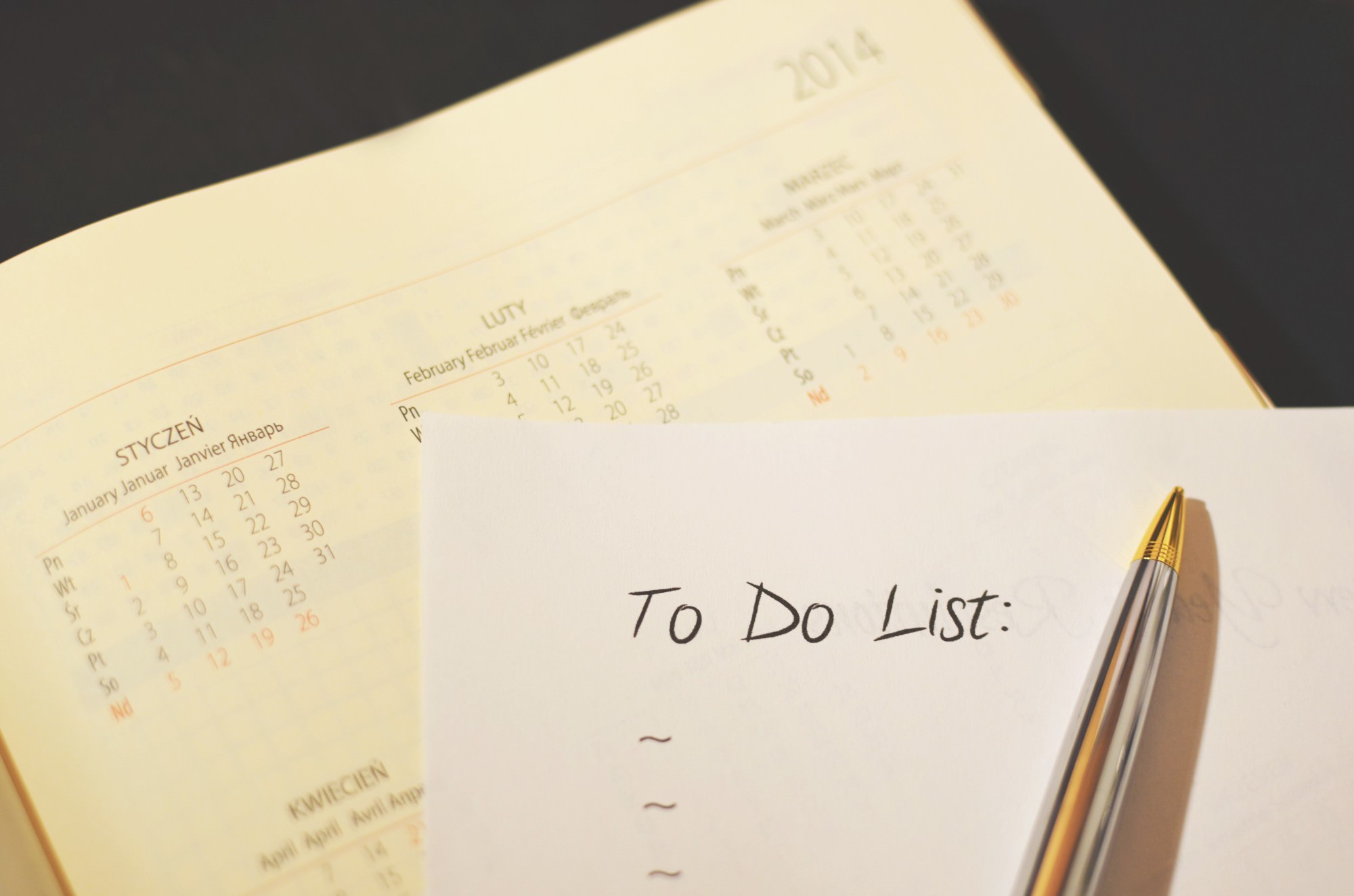 Checklists boost efficiency, productivity, and skill. Not to mention, they save lives! According to a study by leading journalist, medic, and author of The Checklist Manifesto, Atul Gawande, the number of health complications in hospitals significantly decreased when workers used checklists during procedures. When surgeons used checklists in the operating room, patient deaths dropped by 40%.

Checklists are helpful for everyone, but Properly is a checklist app designed to help hosts and homeowners manage turnovers more efficiently and track every detail with ease and accuracy from anywhere in the world.

When using Properly to send visual checklists to cleaners, hosts can communicate their exact hospitality needs better than before. The app also lets hosts see their cleaner’s finished work and track the progress of the job in real time.

To make a checklist that’s optimally effective you first need to know what the goal of the checklist is. Checklists can serve three purposes:

A residential cleaning does not require a cleaner throw out open foods in the refrigerator.

That’s where a Properly checklist lets you teach these tasks in an efficient and easily digestible way. For example, a residential cleaning does not require a cleaner throw out open foods in the refrigerator. Wouldn’t you be annoyed if your cleaner threw away those delicious chicken leftovers? But a hospitality cleaning requires it. Your guest will definitely write a negative review if they find chicken leftovers sitting in your fridge.

Refilling all soaps, toiletries, and breakfast bar essentials are also tasks that you can teach a cleaner to do using Properly. Not only are you ensuring your home is prepared the perfect way for guests, you’re also teaching someone how to perform a hospitality turnover and empowering them to learn new skills.

Visual checklists, i.e. checklists with photos, are even more powerful than their traditional paper counterparts. They give context and clarity to whomever is performing the cleaning and staging tasks without unnecessary explanation. In many cases, cleaners work by themselves and have busy schedules. They need to get the job done in as little time as possible to get to the next job. Visual checklists give your cleaner ultimate clarity of your expectations and saves them precious time.

Visual checklists also increase the likelihood of getting a great review from you. Cleaners know how to clean, but it’s the combination of cleaning and staging a home for guests that makes a hospitality cleaning different from a residential cleaning. A cleaner who didn’t receive the right instructions (or any) from a host risks getting a bad review which is bad for business.

Using the Properly app to send turnover checklists also saves you, the owner or manager, time in the end as well. Assuming you’re a frequent host, you’ve already come up with a process of cleaning and staging your home before guest check-ins. These tasks probably sound familiar:

Check the shower doors for water streaks; Check and DOUBLE check the pillows for hair; Vacuum the hardwood instead of just sweeping it.

And so on, but finding different ways to tell the cleaner and then taking the time to check and make sure they completed everything to your standard takes a lot of time. Properly’s “Ask for a Photo” feature lets you set any task to require a photo from your cleaner. That way, you could be in Canada with your family and know your home in Australia is prepared perfectly for the next guests.

So, how should you organize checklists for maximum effectiveness?

Based on your audience (the cleaner or housekeeper) decide whether you need to provide a walkthrough. If they’ve never been to your place before or it has been a long time in between cleans, give them an idea of the layout and where to find what they’ll need. You can even add picture of the front door to make sure they know exactly which listing it is.

Tasks that take a long time

Then add pictures of the turnover tasks that take longer. Often a turnover requires doing the laundry which is time-consuming. Since cleaners don’t assume they’ll be doing laundry unless explicitly told, it’s great to put tasks like those toward the beginning of the checklist:

Limit the number of general cleaning tasks — sweeping, mopping, wiping — you put in your checklist because you can assume a cleaner or housekeeper will know those without saying. The cleaning tasks you should put into a checklist are the non obvious ones unique to your property, or things you want to highlight because they often get missed in a cleaning:

You can also add pictures of your specialty cleaning detergents like stainless steel liquid, microfiber cloths for appliances, or special wax for a wood table as special notes within the pins you add to photos. One of the biggest difficulties cleaners face when working for clients who are not onsite is knowing what the client expects of them. If you have very particular products you want used in your home, put them in your checklist as it takes the guesswork out your cleaner’s job.

Finally you should add hospitality tasks, the small but impactful touches that make you the Superhost you are, to the list that you’ll want the cleaner to check out at the end of the clean.

Properly lets you attach a note to the checklist when you send it to a cleaner as a job. It is helpful to write the number of guests staying, what time guests will check in or out, and if there are any special requirements for the turnover, such as setting up a futon or extra bed.

One of the biggest difficulties cleaners face when working for clients who are not onsite is knowing what the client expects of them. If you have very particular products you want used in your home, put them in your checklist as it takes the guesswork out your cleaner’s job.

Then you can enable the “Ask for a Photo” feature on each task to get a photo receipt of your cleaner’s work. This lets you rest assured your listing is set perfectly for guests and 5-star review worthy.